The hardness of jade is very high, it is difficult to carve with rotary wood tool. Jade carving, in fact, through cutting, grinding, grinding, drilling and other technological techniques to complete. A beautiful jade carving, I do not know how many artists to pay the labor.

The history and development about some techniques of jade carving:

Engraving line: A concave line segment with a single negative line or two parallel double negative lines is carved on the surface of jade by using small rotary tool. Before the Han Dynasty, most of the lines were shallow, which were connected by short lines. If they were broken, they were formed by the rotation of the weights.

Hidden rise: The outline of the line or block surface is slightly reduced to form a faint bulge, and the edge of the touch is not obvious, which is adopted by Hongshan culture. High relief: Digging the bottom surface with rotary tool adjustable to form a three-dimensional figure, which is shaped by adding engraving lines. It began in the Warring States Period and became popular in the Ming and Qing Dynasties.

Bas-relief carving: By means of land reduction, the foundation of lines or image outline is cut off by rotary cutting tool, resulting in the raised effect of line decoration. The jade animal face, mouth and nose of Liangzhu culture are bas-relief carvings.

Hollow carving: Also known as transparent carving, developed on the basis of perforation, which was first seen in the jade hollowed crown decoration in Liangzhu culture. The procedure of hollow carving is to drill pipes and holes at equidistant places of the ornamentation outline with rotary hammer drill, and then connect them with a wire saw to form groove lines. In Shang Dynasty, the hollowed section was very smooth, which showed that the technology of hollowing was very skillful. There has been a new development in the carving technique in Yuan Dynasty. The carved jade  lotus reed leaves are interspersed with as many as three or four layers, which are very exquisite and transparent.

Embossing under flowers: It is developed from multi-layer transparent carving. The jade article is cleverly set with fine hollow patterns as the background, which sets off the dragon pattern or flowers and plants cut by semi-relief tungsten carbide rotary burr cutting tools set on the surface, forming two or three decorative surfaces with relief.

Foundation: After shoveling, the surfaces and walls of the vessels were refined by the ancient people, and the foundation of ornamentation was spared no expense, paying attention to flattening and polishing by mini rotary grinder, so it was very flat. 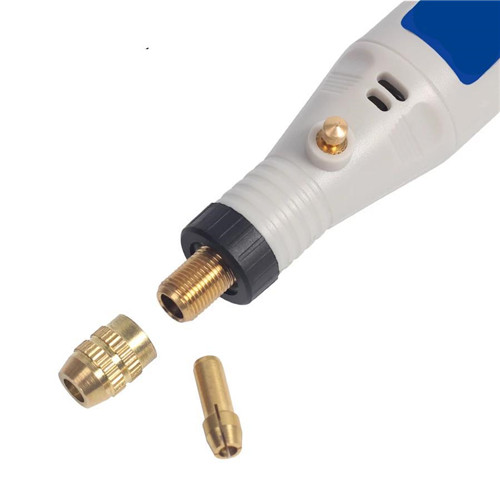 Tunneling: The high-barrel jade in Liangzhu culture has shown superb skills of tunneling. The snuff bottle in Qing Dynasty is more thin-walled, which makes this technique more skillful.

Polishing: It can be divided into rough and clean with different miniature angle grinders. Jade articles after the Warring States Period pay great attention to the final polishing process, so that the crystal and moist glass luster on the surface of jade carving can be brought into full play and reflected.

No matter what kind of carving you like, you should choose suitable portable power hobby rotary tools kit for the great work, if you have any interest in carving, you can seek advice from Mibond.