Why Does Metal Rust and How to Remove Rust?

The main cause of metal rust is electrochemical corrosion and air oxidation. If the metal contains more impurities, these impurities will form chemical corrosion with the metal, thereby oxidizing the metal to form a metal oxide. Some metals, such as aluminum oxide, will produce a dense oxide film after rusting to prevent further oxidation of the metal. The sparse oxide film produced after some metals rust accelerates the oxidation of the metal, such as rust.

Specifically, there are four reasons for metal rust.

1. The relative humidity of the atmosphere. When the atmospheric humidity is higher than the critical humidity, water film or droplets appear on the metal surface. If harmful impurities contained in the atmosphere dissolve in the water film and water droplets, it becomes an electrolyte, which intensifies corrosion.

2. The relationship between atmospheric temperature and humidity affects metal corrosion. 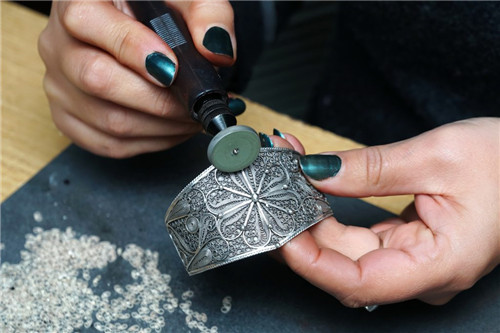 3. The corrosive gases in the polluted air such as sulfur dioxide have the greatest impact on metal corrosion, especially for steel, copper and its alloys.

4. The atmosphere contains a lot of dust, such as smoke, coal ash, chloride, and other acids, alkalis, and salt particles. Some are corrosive themselves. Or condensation nuclei of water droplets are also rust factors.

There are many ways to remove rust on metal surfaces. For different kinds of metal materials, the rust on the surface is different, so the method of removing rust is also different. Different surface engineering technologies, such as electroplating and painting, have different requirements for surface rust removal. Therefore, when actually choosing the rust removal method, the appropriate rust removal method and process should be selected according to the type of metal material and the requirements of the specific surface engineering.

The manual derusting process is simple and low in cost, so it is suitable for small area derusting, such as general anti-corrosion projects of outdoor equipment, pipeline outer walls, and fences. In particular, industrial plants and steel structures cannot be mechanically derusted. When removing rust by hand, you can also borrow some small mechanical tools, such as micro DIY grinder, miniature angle grinder and metal grinding disc for drill. 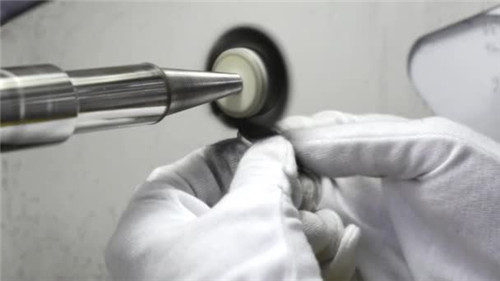 The chemical immersion method is to soak the metal workpiece in the corresponding rust removal solution. It utilizes the chemical reaction between the acid and alkali in the solution and the oxide scale and rust products on the surface of the workpiece. Furthermore, the oxide scale and rust products are dissolved in the solution to achieve the purpose of rust removal.

Chemical immersion method is a commonly used method for rust removal of small workpieces. The advantage is that the rust removal speed is fast and the effect is obvious. Especially for parts with complex shapes, it can remove some rust at the dead corners such as inner holes and cavities. This process should be assisted by the rotary abrasive tool set and rotary tool polishing kit.

When removing rust by chemical immersion, if ultrasonic is introduced at the same time, the speed and effect of rust removal can be improved. Using the mechanical energy of ultrasonic vibration to produce countless small bubbles in the rust removal liquid. These small bubbles generate strong mechanical force when they form, grow and close, so that the oxide scale and rusty dirt on the surface of the workpiece can be quickly separated, thereby speeding up the rust removal process and making the rust removal more thorough. The rust is scraped off with the aid of the rotary cutting tool and mini grinder tool.